The American Quality Coach Jetway 707 is a rare and unique limousine. In simple terms it is an 8 door, 6 wheeled, Toronado. From the dash forward, it is all Oldsmobile, from the steering wheel back, it is a throwback to another era.

One auto historian says there were 150 built, a previous owner says there were only 52. Nobody knows the exact number that exist today, but more than a few have made it from the junkyards and backyards to the restoration shop and at least two are roadworthy.

Many people may be familiar with the Oldsmobile hearse built by Cotner-Bevington. After that company was purchased by Divco-Wayne, Waldo Cotner and Robert Bevington started a new company, American Quality Coach, based on the exciting new Oldsmobile Toronado. With front wheel drive, and therefore no interior “hump” for the driveshaft, the Toronado was an ideal vehicle for a full line of hearses, ambulances and limousines they had planned. The Jetway is not a stretched vehicle. It was jig built in a factory in Blytheville Arkansas at considerable expense. Unfortunately, there were not enough sales to keep the business operating and it closed in 1970 after only two years of production.

The original purpose of the Jetway was that of an airport limousine. This was long before the short, shuttle buses of today. With four rows of front facing seats, three across, it has room for 14 people including the driver. There is considerable trunk space in the back, enough for 8-10 average size suitcases. Some of the early models that were built with steel roofs came with a luggage rack on top. The later model Jetways were built with fiberglass roofs and back ends. The hearse style rear door is reminiscent of earlier coach construction.

More history can be found at http://www.coachbuilt.com/ 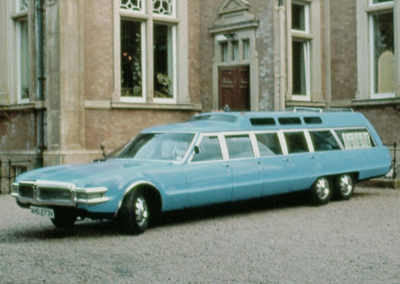 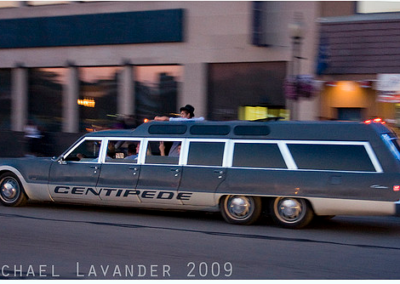 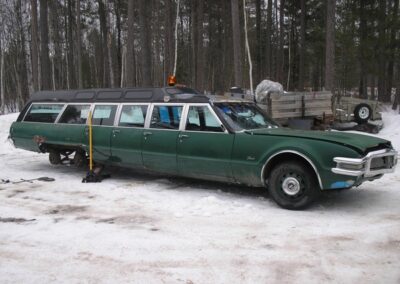 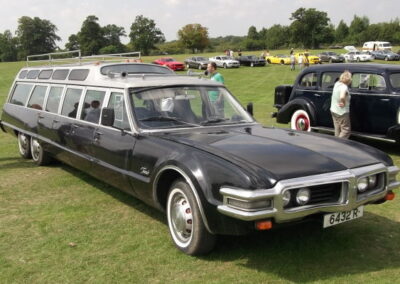 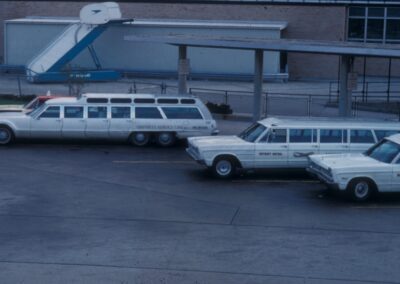 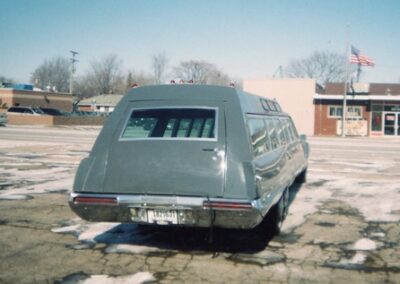 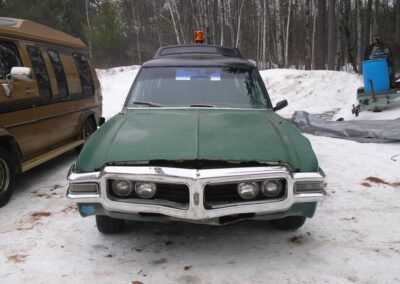 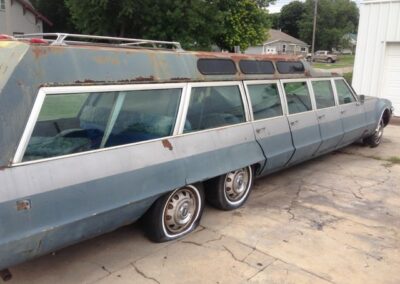 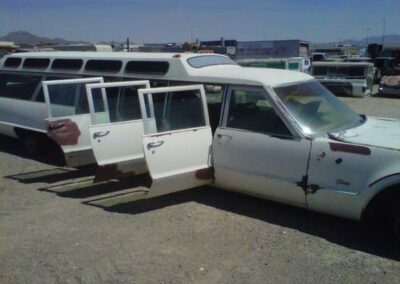 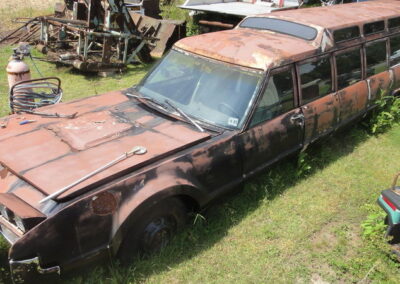 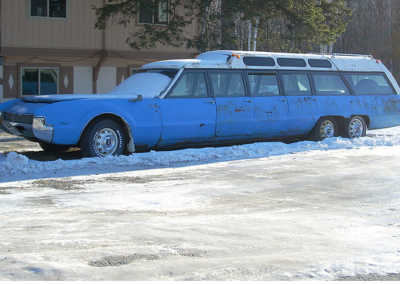 Have you seen a Jetway recently? Or even better, do you own one or know someone who does? Please let us know. Сurrently there are four of us Jetway owners in the USA that are in contact with each other and we would love to hear from anyone else who has taken on one of these classic and challenging vehicles.